Acknowledging the help of others 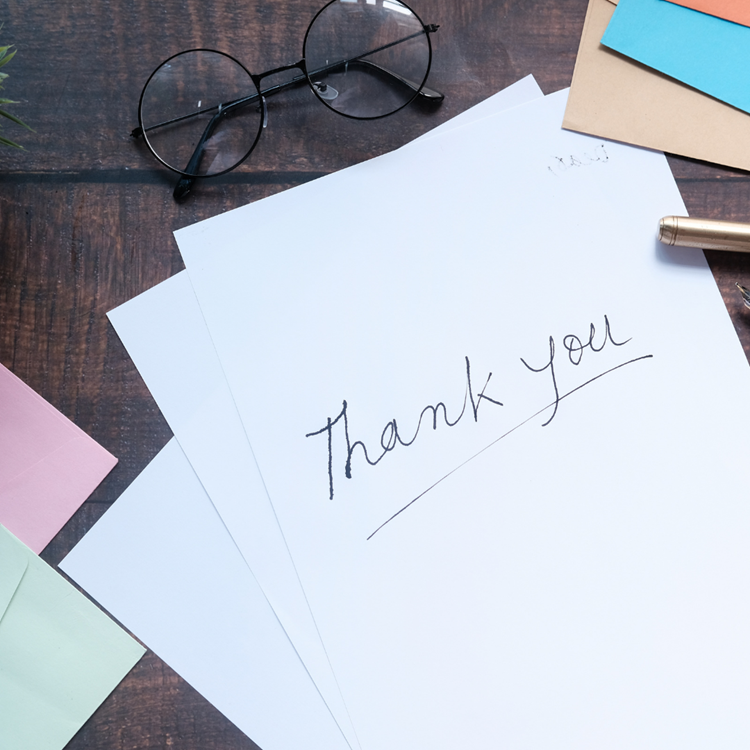 As a Citavi customer proudly told me that he had completed his dissertation and that I had helped him to do so, I couldn’t have been happier. But I was especially touched when he told me that he had added my name to the acknowledgements section in his dissertation as thanks for my assistance with his Citavi support questions. My name was one of many since his acknowledgements section was fairly long. He’s not alone in that, as it seems that acknowledgements sections have been getting longer in recent years. That’s because in addition to individuals, researchers also thank institutions that supported the research in some way; often even fairly small contributions are mentioned.

The contents of an acknowledgements section can give you a lot of insight about the person who wrote them. As a reader, you can learn more about the environment in which the author’s work was produced, who is part of their network and even who their family members are.

Since I had never before been listed in an acknowledgements section, it led me to wonder about what might motivate someone to mention certain people in their work. During my research I came across the following reasons:

As a form of payback for services received

In my case, this seems to have been the reason for acknowledgement. Perhaps the user felt indebted to me for my help. I had in fact put a lot of effort into helping the customer with his questions about Citavi. However, he had already paid for this service by purchasing a license. With his peers and mentors in his department who gave him feedback or proofread his work it was another matter – they donated precious time to help him with his work. However, if his work is later widely cited, their connection to his work could help their reputations as well since they contributed to its success.

In addition to the time taken to give feedback or proofread, there are other services that you might want to pay someone back for by including them in the acknowledgements section. For example, you might name people who helped with practical matters necessary for finishing your work, such as those who shared their knowledge with you, who helped you find an unpublished source you needed, who helped you install software necessary for your research or who assisted you with a technical matter. All of these people played a role in your work; however, their contribution is not large enough for them to be considered authors.

Perhaps the Citavi customer noticed that I wasn’t just doing my job, but that I genuinely wanted to help him and went the extra mile to do so. Paying back this type of “emotional support” is often how the acknowledgements section is used.

For example, authors often mention their families and thank them for their support, and some even thank a higher power for guiding them through the research and writing process. Thanks to family members are often given along with an apology for all of the time that was spent on the dissertation. In this way, family members are able to get some recognition and reward for their support of the author.

Not all reasons for mentioning someone come down to gratitude, though. Revenge can also be a motivation to mention someone. If a negative situation or bad personal relationship motivated an author to write their work, they might acknowledge it or the person. For example, as related by Plamper (2008), one author in 1986 wrote the following after mentioning a particular person by name in his book’s acknowledgements section „This book could have well been written without her; it could only have been finished sooner“. Ouch.

By mentioning one of the big names in your field in your acknowledgements, for example, by stating that their work inspired you, you may create a connection to the person you idolize. This implied connection could potentially raise you in others‘ esteem as well or lead to you being noticed, especially if someone finds your work when searching for a famous researcher’s name in a database (depending on the database and if your acknowledgements section is indexed, of course).

And you won’t only be nurturing the network you aspire to join. You’ll also be strengthening your existing connections to your colleagues, advisors, and thesis committee members. As international communication in large teams increases in certain subject areas, you could have many people to thank.

And when it comes time to work on your next publication and you need a collaborative tool for reading, commenting, and citing, you can then invite colleagues to a Citavi cloud project for your new research endeavor.

As described by Plamper (2008), Katherine McCain at Drexel University in Philadelphia has described how politics and power plays can influence the acknowledgements section. By thanking and praising a rival, the author can prevent that person from reviewing their work. In other words, an acknowledgement could be used to fend off criticism of one’s work!

Although some authors may think this way, most likely only have positive intentions. One author even used their acknowledgement as a marriage proposal, as can be seen in this article.

Researchers who receive funding are often required to name the institutions that supported them. Since at least 2008 when acknowledgements started being included in databases like Web of Science and later in Scopus and PubMed, it’s been possible to do analyses of funding organizations and programs. For example, it’s now possible to find out which countries receive the most funding by a particular grant program or whether research was funded through the government or a private organization. However, in contrast to citation style guidelines (such as APA, for just one example), there are no commonly used standards for formulating acknowledgements of funding and grant programs. This can make it difficult to perform an analysis of them across many different recipient studies.

Acknowledgements have long been paid very little attention. That might be because unlike citations, they are not mandatory. My colleague might have contributed to my research by telling me about a source that then gave me a breakthrough. However, I wouldn’t cite my colleague in my work, I would need to cite the source. And my colleague’s contribution would also not be big enough for me to make him a co-author. All that’s left is to mention his contribution in my acknowledgements section. Looked at historically, this is often the situation that many academics‘ (female) spouses found themselves in, although their contributions often could well have qualified them as co-authors today, as this article about the hashtag #ThanksForTyping explains.

We hope that in the future the acknowledgements section will gain a little more respect and that the contributions mentioned in them will count more when evaluating someone’s academic achievements.

Are there any other reasons for mentioning someone in the acknowledgements that we missed? Who did you thank in your acknowledgements? Please share your comments and feedback with us at blog@citavi.com or by commenting on the Facebook post for this blog post.