Why we avoid it, why we shouldn’t, and strategies to get through it 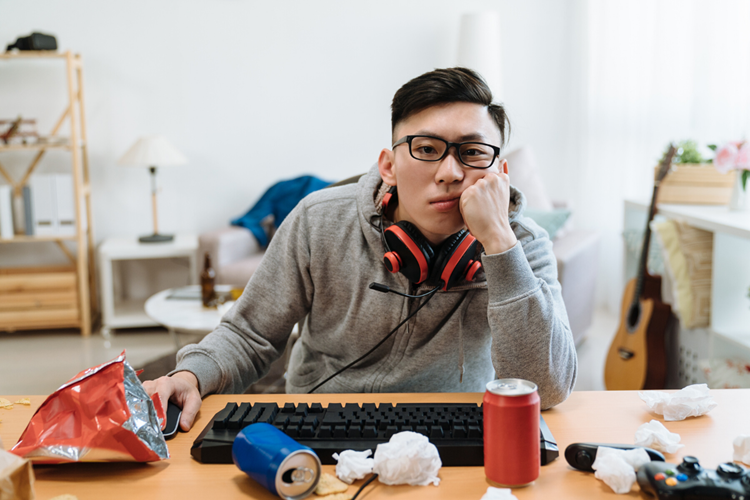 At the time of writing, Switzerland continues to recommend staying and working at home. As a more extroverted person who loves all that city life has to offer (restaurants, cinemas, concerts, festivals!), this has not been the easiest transition for me, to say the least. To pass the time, I’m still spending far more hours than I’d like to admit scrolling through social media and watching Netflix instead of engaging in more high-value activities.

I suspect it’s the same for many of the rest of us in the same situation. Stuck at home day in, day out, we are trying to avoid being bored by filling any empty time with any activity possible, no matter how mindless.

Boredom is an uncomfortable emotion that people will go to great lengths to avoid. In one well-known 2014 study, subject participants were placed in a room for 15 minutes with nothing else to do but think. However, if they wanted to, they could self-administer an electric shock. Surprisingly, 67% of men and 25% of women who had previously said they would pay money to avoid an electric shock went on to shock themselves. As Wilson et al. state in their abstract “Most people seem to prefer to be doing something rather than nothing, even if that something is negative”.

What is boredom and what causes it?

Although we all know what boredom feels like when it hits, it’s very difficult to pin down an exact definition. That’s because there are many different “flavors” of boredom. For instance, Daschmann et al. (2011) have identified a total of seven types in students: “being over-challenged, being under-challenged, being bored by an unchanging routine, not finding meaning in learning, having better things to do than be in class, disliking the teacher, and feeling uninvolved”. In his book-length examination of boredom, Toohey (2012) divides the emotion up into two basic forms: simple (or situational) boredom and existential boredom. Simple boredom is the more common, everyday boredom that comes and goes, while existential boredom is a constant, long-lasting state in which a person has lost a sense of personal meaning and finds their existence senseless. The type of boredom you experience when you temporarily don’t know what to do with yourself is simple boredom, and it’s what we’ll focus on in this blog article.

Simple boredom is usually experienced as being caused by some external circumstance: being stuck at home, having to complete an unengaging assignment, or having to listen to a long lecture. As Toohey explains “this sort of boredom is characterized by lengthy duration, by its predictability, by its inescapability – by its confinement. And, when you feel like this, time seems to slow, to the point that you feel as though you stand outside of these experiences” (pos. 108).

Boredom is thus the opposite of the flow state in which work feels effortless, your mind is engaged, and time passes quickly. Ideally, we’d always be in this state when completing tasks, but it’s unfortunately not the case, and boredom is a very common emotion.

Even if you love what you’re studying, you will face many tasks that are dull during your academic career. While this can be bad enough for short assignments or uninspiring courses, it can become a bit of a problem when you’re in your last year of dissertation writing and have become bored to tears by your topic.

Of course, unlike the study participants who had no other stimulation available but electric shocks, we have a number of ways to distract ourselves from the unpleasant feeling of boredom. For many of us, it’s become a reflex to reach for our phones. But could distracting ourselves from boredom come at a price?

Why boredom can be a good thing

Toohey views boredom as an adaptive emotion, i.e. it’s an emotion that we evolved to have because it protects us in some way. As he writes, “Maybe boredom should be viewed in the way that gout or angina sometimes is – as a signal of worse things to follow unless there’s a change in lifestyle” (pos. 2119). It follows that “the best ‘cure’ for boredom, therefore, is to follow the advice of the emotion and to walk away from the situation that is provoking it. It would be best that we think not in terms of a cure for boredom, but rather in terms of heeding the advice that the emotion is trying to signal” (pos. 2121-2122). This recommendation  is all well and good for non-academic life, but if your boredom is related to your studies it’s not always possible to walk away from the situation.

But maybe it’s best to sit with the boredom anyway and not walk away from the situation (or check your smartphone at the first feeling of discomfort). A number of researchers have identified some positive results that can come from boredom. For example, as we discussed in this previous blog post on focus, Newport (2016) posits that resisting distraction when you’re bored can help you build up your ability to focus when performing tough tasks. Conversely, if you develop the habit of reaching for your phone whenever you start feeling uncomfortable, you may be making it more difficult to engage in sustained focus when you need to.

Boredom also seems to help with creativity. As journalist Manoush Zomorodi writes “studies suggest that to think original thoughts, we must put a stop to constant stimulation” (pp. 6-7). In one such study, Mann and Cadman (2014) induced boredom in participants by having them copy numbers from a phone book. After that, they and a control group performed a creativity test. The result? The students who first performed the boring task came up with the more creative ideas.

Researchers think that mindless activity such as that performed in the study activates the default mode of thinking, i.e. the state of mind we’re in when we’re daydreaming, just walking along, or in the shower. If you allow yourself to get into the default mode, your mind might suddenly make a connection you hadn’t seen before. As Zomorodi sums it up, “You could say that boredom is an incubator lab for brilliance. It’s the messy, uncomfortable, confusing, frustrating place one has to occupy for a while before finally coming up with the winning equation or formula” (p. 28).

Want to try and get into the right state of mind to experience this for yourself? If you’re a Citavi user, you could spend a certain amount of time going through each of your records and verifying the bibliographic information for your references. After around 20 minutes or so, switch over to the Knowledge Organizer and take a look at the knowledge items you’ve gathered. View them in various combinations in the preview pane and then save any ideas that come to mind. Hopefully, you’ll find it easier to make connections between ideas that you didn’t see before.

Strategies when you need to finish a boring task

Of course, there are times when boredom can be a problem, especially if a deadline is looming. For example, a task you view as boring can take longer than it should because you let yourself get distracted more easily or can’t get started.

The negative feelings you get from being bored can even trigger a vicious cycle because your low mood will then make you feel even more negative about the task and see it as even more boring.

So, what can you do in situations like these?

When you just need to break past boredom to finish a task there are a few things you can try:

Additional strategies for dealing with boredom and low motivation can be found in this previous blog post.

Boredom in a time of crisis

While I do hope that these tips can help you out in the long-term, please don’t beat yourself up if right now a lot of things associated with your academic life seem pointless and none of the strategies above help. At the moment so much is uncertain, and attending class, getting good grades, or even completing a degree may have temporarily lost their importance.

I wouldn’t be too hard on yourself if this is where much of your boredom with academia is coming from. The current crisis is unprecedented, and we’re all trying to cope as best we can.

For me, it helps to remember that boredom in the current situation is a luxury. It means that I’m fortunate enough to be able to work from home, I’m in good health, and I’m not out on the front lines. This gives me the perspective necessary to no longer see my situation as something negative. If others can do so much, surely I can endure some boredom now and again.

Have you ever noticed a positive effect that came from being bored? Do you have any tips for those times when you just need to get through a boring assignment? Share them with us and your peers on Facebook!

For Further Reading (and Watching):

Zomorodi, M. (2017). Bored and brilliant: How spacing out can unlock your most productive and creative self (Kindle edition). St. Martins Press.