Try the Creativity Tip that Helped David Bowie get Unstuck 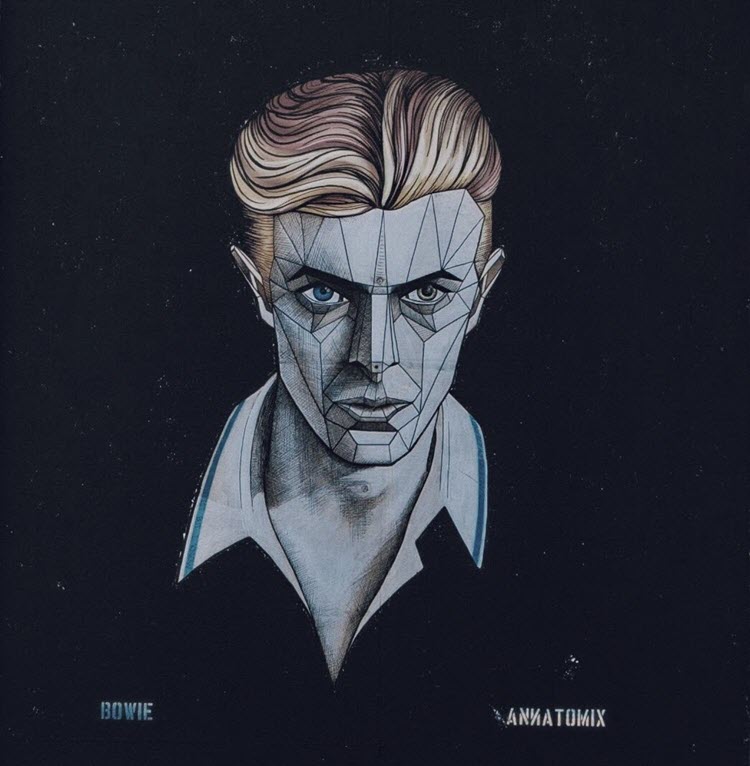 You’ve been there before. Your sources are spread out before you, you’ve done the reading, and you are intimately familiar with their contents. Now, like a puzzle, you just need to figure out how all these ideas fit together. If you could only find the connection...but you can’t.

If only there were a way to push past the block and reach what you’re looking for.

The answer just might lie in a deck of cards.

This blog takes its name Planned Accidents from the working title for what later became David Bowie’s Heroes album. While recording this album, David Bowie, Brian Eno and the other musicians used a technique Eno had developed called “oblique strategies” to push their creative limits.

The musicians would draw a card that would contain a random phrase such as “Honour thy error as a hidden intention.” The musician would then focus on this prompt while playing. As Eno described it in a 1980 radio interview, the idea was to get through the mental blocks that often occurred under time constraints and be more creative:

The Oblique Strategies evolved from me being in a number of working situations when the panic of the situation – particularly in studios – tended to make me quickly forget that there were others ways of working and that there were tangential ways of attacking problems that were in many senses more interesting than the direct head-on approach. If you’re in a panic, you tend to take the head-on approach because it seems to be the one that’s going to yield the best results. Of course, that often isn’t the case – it’s just the most obvious and – apparently – reliable method. The function of the Oblique Strategies was, initially, to serve as a series of prompts which said, “Don’t forget that you could adopt this attitude,” or “Don’t forget you could adopt that attitude.

Although the musicians often hated the prompts and phrases since they could be frustrating and often led to unlistenable results, they all later admitted that they were more creative and ultimately produced a more interesting album because of them.

While the oblique strategies are primarily aimed at musicians and other artists, the notion that new ideas can be achieved through a set of random prompts offers insights useful to academics and researchers as well. To a certain extent, you can plan what we often think of as accidental discoveries, insights, and connections. While there’s no guarantee that the method will lead to a stroke of genius, you are at least creating the right conditions for one.

Why does the method work? When plugging away on a research project, you’re often thinking convergently. You synthesize information in a fairly linear way, which can sometimes lead to blocks. Divergent thinking stimulates your mind to try a different approach by constricting your thoughts within a set of rules.

There are a ton of divergent thinking strategies you can try, but why not give the card method a whirl? When putting together this blog post, I was amazed to learn that there are many different card decks available for purchase, such as this adorable one aimed at children.

The official oblique strategies cards themselves are even available in a very chic-looking deck. However, Kristaps Rāts, a fan of the method, has also created a website with the cards’ content where you can simply try it out yourself for free. Here are three prompts generated randomly from the previous link to get you started:

While most people would use prompts like these to jog their creativity (perhaps during a brainstorming session), one team of academics has even used the strategy to write a collaborative research paper!

But I’m a SERIOUS researcher

Hold on a second, you might be saying. While that kind of thing might work in some disciplines, I’m a serious lab researcher. I have a very defined methodology and can’t just engage in silly games. What can this technique do for me?

Okay, I hear you. But I’m guessing that there’s still a place in your work where you need to think of new ideas from time to time. Even when joining ideas together in your writing that are backed by cold, hard data, you still need to figure out how to tie your information together, how to best communicate your findings, and what the big picture implications of your research are. In all these activities, divergent thinking can help.

Using the oblique strategies method in a group

Keep in mind that the strategy works in teams as well, just as it did for Bowie’s band. For example, you might think of an organizational change project in a large institution as a very bureaucratic, by-the-books affair. However, the University of Bournemouth’s School of Health and Social Care decided to use the oblique strategies method in just such a project.

Staff were encouraged to record their reactions to the prompts in fold-out notebooks which were then displayed in a curated exhibition for the entire campus community to see and be inspired by. You can see one example here.

The result? New insights were obtained that otherwise wouldn’t have been reached. In addition, many participants felt much more involved in the campus community than they had before and the project was deemed a great success. You can learn more about the project here.

If you try out the technique, leave a comment on our Facebook page and let us know how it worked out for you. We'd also love to hear about any other creativity tips you use to shift to divergent thinking when you get stuck in your academic projects.