Is there a best time to start a new goal? 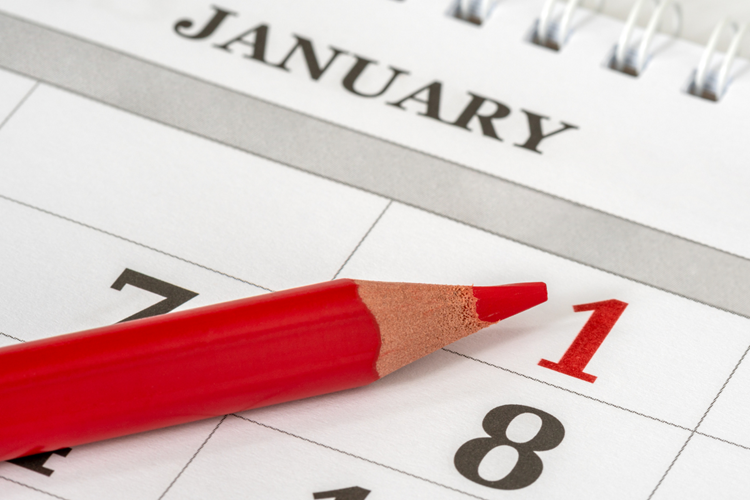 I am willing to bet money that no one gets into New Year’s Resolutions with as much passion as my father does. At the end of each year, every year, my dad will sit down and write out his goals for the new year. The list will usually be quite long, running multiple pages and will contain a great deal of description about the goal itself and how he plans to reach it. He’s done this now for at least the last 20 years and continues to do so during his retirement.

For people like my dad, January 1 is the best time to make big changes. It offers the chance to start over, reassess what hasn’t been working, and put the past year behind him. He’s not alone in this, obviously, as the many people who make resolutions each year attest. One recent survey shows that over 74% of Americans plan to “learn something new, make a lifestyle change, or set a personal goal” in 2021.

Interestingly, the phenomenon of tying goals to the change of a calendar year isn’t limited to New Year’s resolutions, however. Researchers have found that people are more likely to start big goals after dates that designate a “salient temporal landmarks”, that is, a point in the time in which people can better distinguish between their own past and the current moment. Such temporal landmarks can be the start of the new year, a birthday, the start of a new month or season, or even the start of the week. In the 2014 paper in which the effect was first proposed, the researchers posited that two factors are at play on a fresh start date: the temporal landmarks help people “disassociate past self from current self” and they help them “direct attention to high-level, goal-relevant information” to focus on the big picture. In the landmark paper they attempted to show that the effect does in fact exist: they measured searches for the word “diet” at different points in the year, whether or not students were more or less likely to go to the gym after their birthdays, and looked at when people were most likely to sign up for a goal-setting and accountability app and take concrete steps towards their goals. In all the studies they found a correlation between dates of significance and the intention or taking of actual steps to make changes. They speculate that using the pyschological basis of the fresh start effect could give people the additional motivational push they need to actually carry out their goals.

So, does that mean that January 1st the best time for everyone to start working on new goals? Although I wasn’t able to find studies that answer this question, some psychologists and journalists disagree. While the fresh start effect might provide some needed motivation, other factors can make starting on a new project on January 1st difficult. For example, as pyschologist Dr. Melissa Burkley points out, traditional New Year’s celebrations involve staying up late and drinking. For her, trying to make big life changes the next day when you’ve slept through half the day and have a splitting headache is “like starting a road trip with an empty tank of gas.” Even if you don’t party the night before, all the exhaustion from holiday get-togethers (in a normal year) and year-end preparations can leave you too burned out to have the energy to try to reinvent yourself on January 1.

For Psychology professor Dr. Art Markman the lack of a plan is the big reason that people shouldn’t start their goals on January 1. He bemoans that

The fundamental problem with New Year’s resolutions is that we use the holidays as a period of reflection about what we want to change about ourselves, but we don’t take the time to plan effectively for how to actually achieve our goals. So, around New Year’s Day, we energize ourselves to be different in the year to come, but without a path to get there.

Markman suggests instead to separate the day on which you decide to make a change from the actual implementation of the goal. His solution is to start planning your goals on January 1st, but to set the actual start date and final commitment for March 4th.

Other writers caution starting on the 1st can put too much pressure on some people. For these people, starting early might be the best solution. New York Times journalist Harry Guinness suggests starting on goals already during December as a sort of test run. That way, you can already see what works, experience your first setbacks, and make plans for how to avoid them in the future without feeling you’ve already failed if you weren’t able to stick to your goals. He points out that “The New Year is a good time to reflect and set goals. But it also makes things harder. When we mess up, we tend not to get back up and continue where we failed; we reset at the next hard start line.”

I personally find Guiness’ practice approach helpful, not just for New Year’s Resolutions but for changes at other times of the year as well. I tell myself that I’ll just try something out for a while and see if it works. For example, when my partner and I wanted to start eating more plant-based meals for environmental reasons, we started cooking meals and looking around for new recipes already in December. Once January came around, it had already become a bit of a routine. Although we had a few periods this year where we ate more meat and dairy, we’ve always returned to plant-based cooking again.

Even if you’re the type of person who responds well to the fresh start effect and find that it gives you some additional momentum and motivation (as it does for my dad), it alone can’t help you reach your goals. Even one of Dr. Milkman’s subsequent studies has shown this to be the case. For example, a medication reminder program showed no difference in participant’s likeliness to adhere to their medication schedule if they received reminders after a fresh-start date or if they received them at other times. So, to truly succeed in your goals, you may need to find some additional tricks to not have to rely on willpower alone. For example, you could bundle an activity you enjoy (such as watching tv) to one you enjoy less, like going to the gym. Or you could join an incentive program that gets you engaged in your activity for long enough for it to become a habit.

And if you fail? So what – that doesn’t mean you can’t pick back up and start again or postpone your goal until a better time. My dad sets out at least 20 resolutions each year. Does he fulfill all of them? No, but a lot of times having his goals in mind will help him get some of the way there. He might not read the 100 books he wanted to read, but for him reading 50 is still an achievement. He also enjoys the process and seeing his progress as he goes. If a goal isn’t finished in one year, he doesn’t scrap it forever but roles it over to the next.

I think this approach is a healthy one. It’s hard not to get down on yourself when you fail to meet a goal, but the reality is that it’s hard to change and willpower is a limited resource. If you can instead look at setbacks more matter-of-factly and continue on, you’ll be on a good course to meet your goal. And realize that some things are out of our control – many people’s plans for 2020 had to be changed or put on hold due to world events.

Whatever your goals this year and when you decide to start, we wish you all the best and look forward to accompanying you next year in this blog with tips and knowledge to help make your academic life better.

What are your New Year’s Resolutions and will you start working on them on January 1 or at another time? Do you have any tips for meeting goals? We’d love to hear from you on the Facebook post for this blog article.